Live Green was just as excited as the rest of the state when McCormick announced in 2015 that the company would remain in Maryland. The Baltimore-based business recently moved into its new six-story, 320,000-square-foot headquarters located on 20 acres in Hunt Valley, and Live Green had the honor of assisting in the landscaping of the new location.

The job involved the installation of more than 33,000 square feet of pavers at the entrance of the building to spruce up the place. Tree pits were also installed, complete with uplighting and large benches in the courtyard. The attached parking lot was also redone, with new trees and shrubs planted throughout. The curb appeal of the building was enhanced with new street lighting and landscaping.

Employees began moving into the new facility in July of 2018, and the Grand Opening celebration was held last fall. We’re thrilled to have been a part of the historic move! 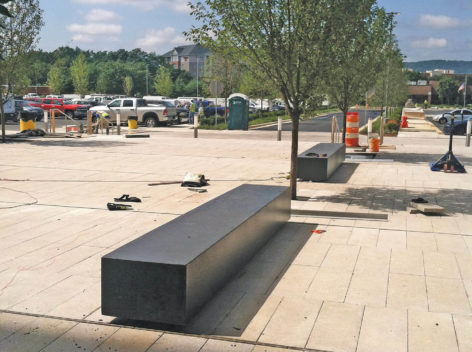